The Compton Cowboys On A Mission

The Compton Cowboys are a group of exceptional individuals—Randy, Tre, Keenan, and several others—who have created a community that embrace the western lifestyle in the unexpected city of Compton in South Los Angeles, California. The group of friends initially met over two decades ago through Compton Jr. Posse, a nonprofit in Richland Farms founded by Randy’s aunt after her son was nearly killed by gun violence in their neighborhood. Instead of moving out of Compton, Randy’s aunt decided to stay and make a difference, one child at a time, with horses as her tool.

Thirty years later, Randy, Tre, Keenan and the other members of the Compton Cowboys continue that legacy. In an area populated with gang activity, this community of friends offer youth an alternative neighborhood space to escape gangs and the associated problems. It was an honor spending time with the Compton Cowboys and learning more about their incredible mission.

What is your ultimate goal with Compton Cowboys? “For me it's more of a mission. It's constantly showing by example that we all belong together in this thing that's life. It's like we want to just show that [we’re] different and that's cool to be different. So we just want to live that and then pass that on to younger generations because that's what a lot of our younger kids need in our community. They need that example and they need that wealth of knowledge and just guidance and just anything that can help them to become well rounded young people. So, that's just what we're doing now. We're trying to just lead by example and pass that [down] to younger kids.” – Randy

Have you seen that come to fruition? Has it changed the landscape of this area for the younger generations? “Yeah, definitely. We've even got this one young boy right now who’s been coming [here]. He grew up and was born and raised across the light on the other side of Wilmington, which by gang territorial mapping, is the rivals to this neighborhood. So, for him to be growing up over there and hearing everything about us on this side, and then for him to actually want to be over here and hang with us (he wants to be a cowboy, he rides, he really ropes, he's a 12-year-old and he's so into the ranch stuff), to me that represents the future of this whole culture. The gang stuff is so deep. But the horses can help. I can imagine more kids from over there, coming over here. And then those kids start becoming cool [with each other] and it's like, why are our neighborhoods beefing? You know what I'm saying? Like why are our uncles and everybody killing each other over this map?” – Randy

Why do you believe the horses are so powerful within your community? “When you grow up around here where there's really not much nature (it's only really like concrete, fences and pavement, and all structural stuff), if you're not connected to nature, you don't really develop a real understanding and value for life as in things that exist and live and breathe and grow. And so as you grow up in all of this, a lot of the crazy street stuff that happens, there's no real value for life. And when you grow up where you don't have a value for life, it's easy to take a life. So you don't think ‘aw I'm killing a person, I'm taking away something that's beautiful and breathing and somebody loves it.’ [Instead], you’re just thinking it's like killing a robot. But when you have the horses here and the whole ranch environment, for the kids when they’re coming through it, you start appreciating that stuff. Like something that breathes and you're responsible for [it]; you have to make sure you give it water and then you have to make sure it eats. So then when you're in the world and you are interacting with humans, that translates over. Because you start understanding, ‘oh this is not just a robot, this is someone's son who has to eat.’ And as you start thinking about that, it just starts becoming a part of your mindset. And so, that's why the horses are really one of the most effective things you can put into [our] community, in these communities where it's underserved or underprivileged. It helps the kids develop the understanding of value for life.” – Randy

What do you want your legacy to be? “I'm one of the kids that made it out. That was our reason for everything [growing up]. [It’s a] ‘I'm better than this’ attitude because this is how I'm going to get out, you know what I'm saying? And this is the path I chose. But I don’t just want to be the kid that got out; I want to be the kid that got out and came back to show other people the same route, you know? I thought that I was reinventing the wheel until I started finding mentors. So I just want to come back and be a mentor. I think that’s what a lot of us need, you know? I just had a boatload of heart and that's what kept me going and got me to where I am.” – Tre 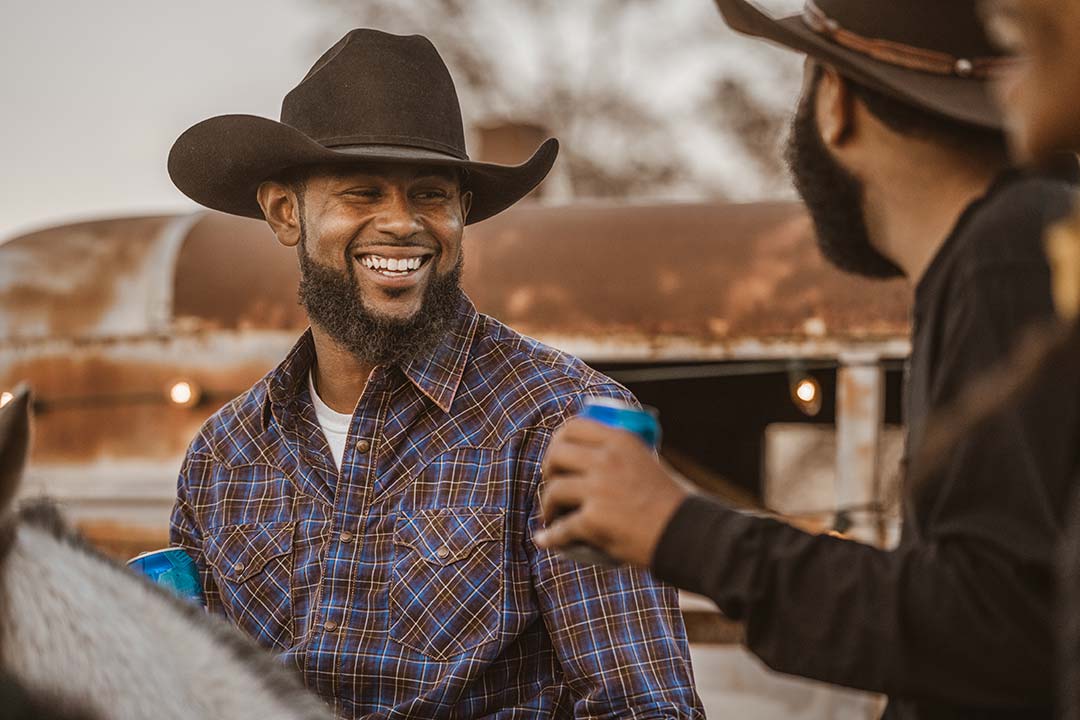 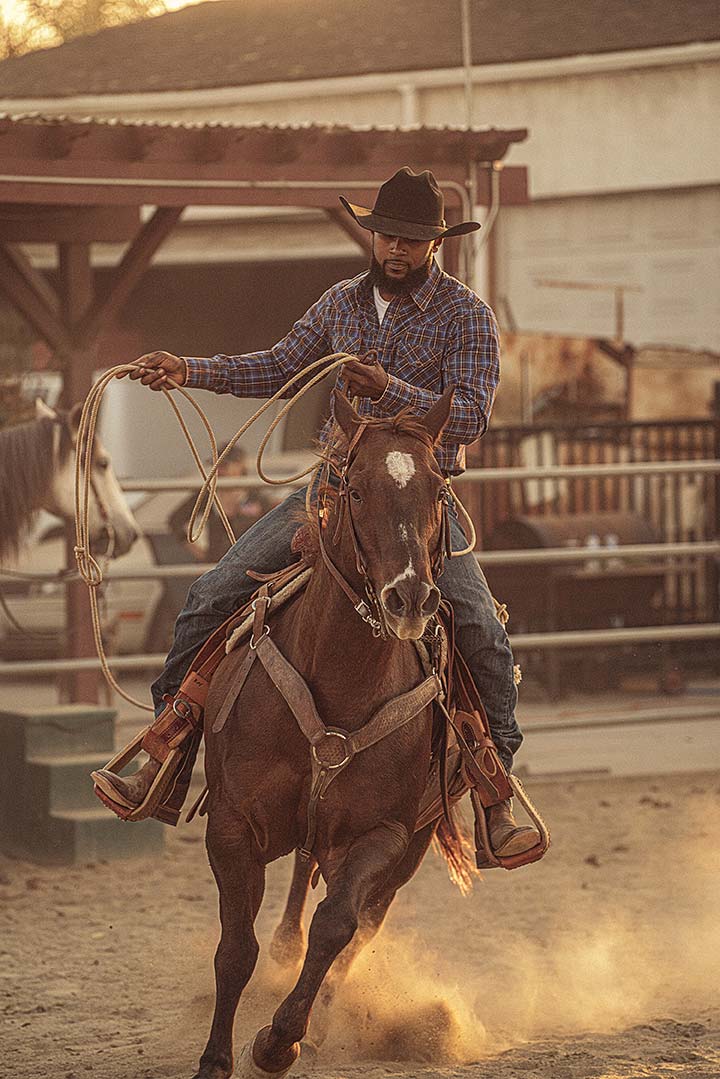 What advice do you have for kids who may not have horses or means to do this? “Find a mentor. That's the biggest thing that I did that helped me. Get in a position to be around somebody that knows how to do it and, if they can't help you, they're going be able to put you in a position with somebody that can help you. That's one thing that really attracted me to rodeo. Because there were a lot politics in football: the guy in my same position was trying to teach me the plays incorrectly because he figured if I knew them, I'd beat him out. Where, in bareback riding, you’re competing against your animal. So, for a young kid, just find a mentor that knows how to do it, let them put you in position. When I got out there and I showed that I had the heart and the drive to go do it, a lot of people helped me out. Like, ‘Oh man, I got an extra rigging and didn't even know it.’ [and], ‘If you need it, I can do that for you.’ When you genuinely want to do it and you genuinely go try, people will help you if they see you need it.” – Tre

How do you see Compton Cowboys affecting future generations, here, in this area? “Man, I feel like we could be, like, legends because we’re cool. We’re right there, where we’re old enough to have gone through it and young enough for guys to think that we’re still going through it. That's why the kids that look up to us, I think, are so amazed. It's because you could still be on the real sh**, basically. And we’re taking the time to go back and mentor and keep y'all from going through the same stuff; the same things that we went through. So I think it's going to be, like, bigger than life, for all of us. And I kind of always had that vision. Like even before I knew what it was like to be a teacher and to give back. I always liked to help the younger guys. Instead of bringing kids here and making them compete against each other, we can make them compete against livestock and the clock and let them build comradery and work together.” – Tre

What does it mean to you to be a cowboy? “Man, it's a prideful deal. It's just something I take pride in. It was always something that made me different and gave me a reason to stick my chest out. It's just kind of a lifestyle that I chose to be a part of, to live because I could have, very easily, chosen to do something else. But the atmosphere, the principles of this every day cowboy-ing is what drew me to it. And I wear a cowboy hat every day.” – Tre

Where do you like to ride around here? “Unfortunately due to it being the inner city, you can't go too far. So we just ride on the street. We go to the store. We might go ride to different neighborhoods. There's a trail, a small dirt trail that goes so far, we ride that if we want to go out somewhere just in the neighborhood. And when it's time to ride out, we’ll bring the trailers out. We go as far from the city that we can until we can run as far as we want. We love to go out and go camping. But if we can't do that, sh**, we'll just saddle up. We might go to the homie house around the corner, we might go to the store and get a brew, or we might go to some shorty house in Long Beach. Wherever, I mean, wherever we want to go, we can go. But ideally we wanna be on a trail in the desert, in the sand, in some water to where our animals can feel free and alive, and feel like they're in their natural habitat. You can't beat that.” – Keenan 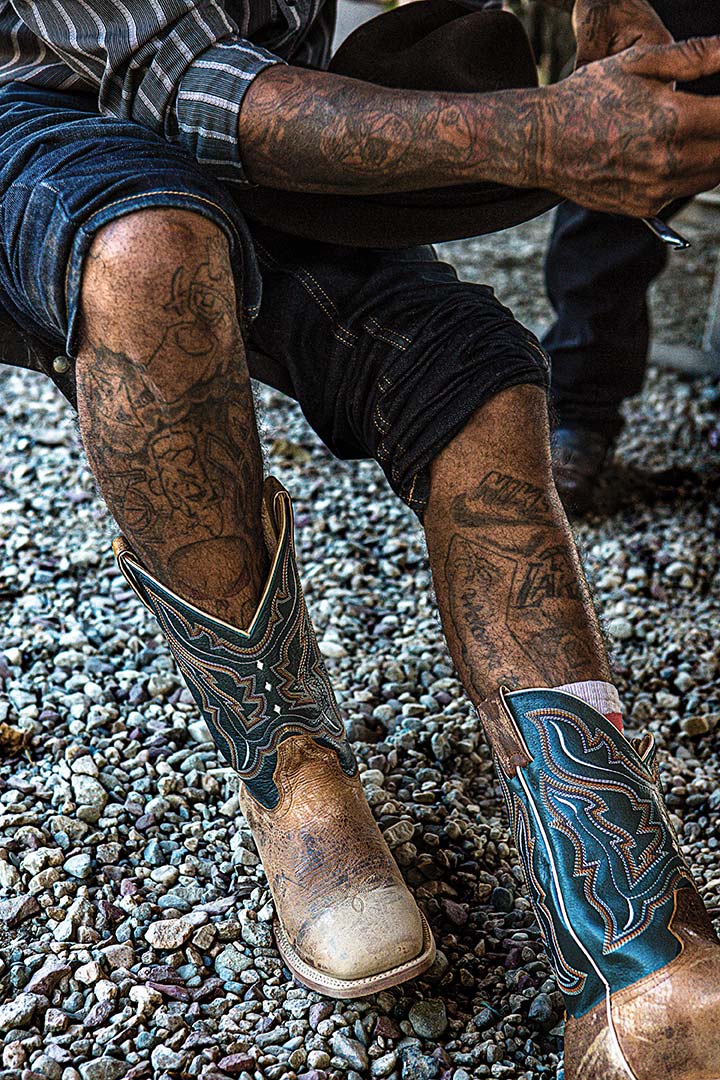 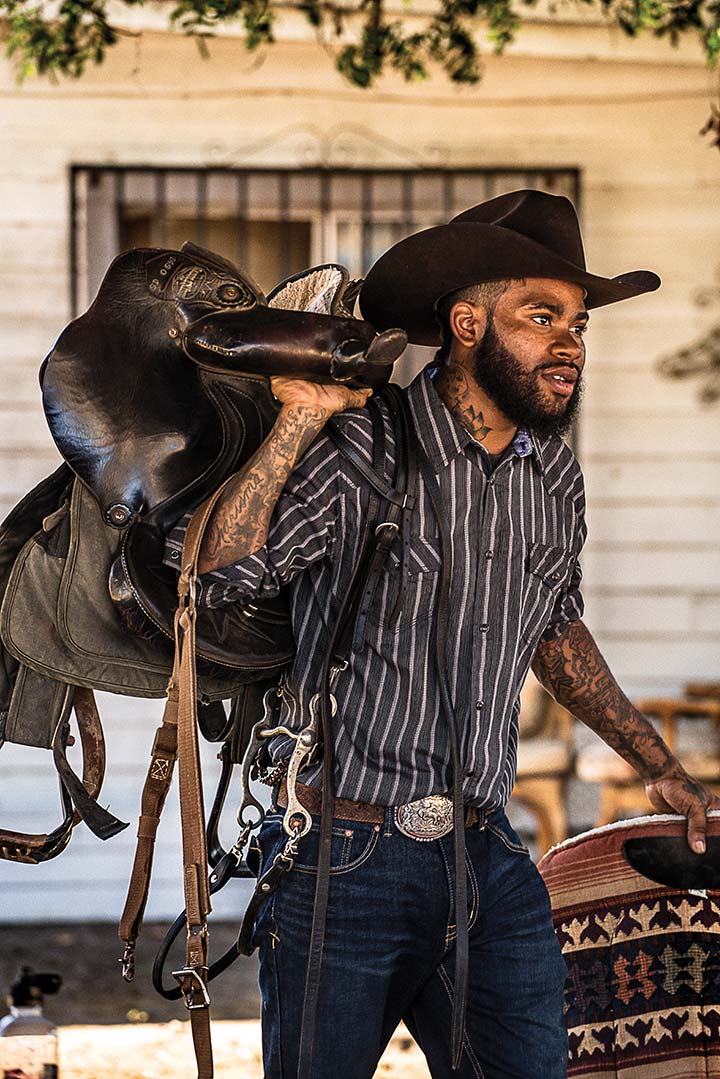 When did you get introduced to this program? “I love the program. I just love the environment to the point where I grew up here. I came here [when I was] nine years old. I didn't choose this lifestyle, I didn't. And then I did my research. I started watching, and then I started taking lessons, and I started working with some really dope cowboys. Talking about people that horse whisper, and can train a horse to lie down and play dead. I was fortunate enough to have trained with these people. I wanted to play sports like any other kid in the neighborhood. But when I figured out this could be a sport, training horses can be a sport, oh man, this is cool. Then we started going to rodeos, and it went from going to the mall to buy shoes to going to Boot Barn to buy [boots]. I feel like I was destined to be a part of this.” – Keenan

What would you consider success for the program? “I want to see this program be stable, have stability. I want my kids, and their kids, to be able to come to this exact location and experience what I experienced from my childhood to adulthood. That's success. Success is keeping these hay bales to a certain level. Success is having the proper funds to keep the water on, to feed the nine horses we have now. So my vision of success for this program is two years from now, we have 25 horses back here, 50 kids in the program. I just want this program to thrive.” – Keenan